We’re mixing fertilizer into our water at certain levels to keep our plant growth really cranking along. If you are familiar with some of our products, we sell the Spring System that is a hydroponic kit so you can grow Aquaponically with it. But it’s designed as a hydroponic kit. So that you just add a few tablespoons of our nutrient solution, you add your water and the pump circulates it. And the plants are happy. In that regard, it’s a lot easier than aquaponics. 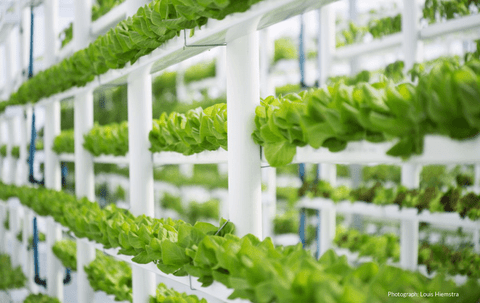 It can be much simpler than aquaponics because instead of dealing with fish. Now we’re just dealing with plants and the nutrient solution. We don’t have to worry about keeping fish alive, fish temperatures, keeping stocking densities where they need to be, harvesting, all of that stuff.

All we’re worried about is the plants. Plumbing these systems can be very simple. It just as an aquaponic system without the fish production element.

Now it’s simplified in a lot of ways because instead of having to plumb in all of this fish production stuff. Now we just basically drop a pump in our sump tank, run tubing up to our towers and run nozzles off of our towers. And we can run filters because unlike aquaponics, we don’t have lots of solids circulating in our water.

Use For Standard Inline Filter

We can take that water and we can filter it down with just a standard inline filter, run it up. And we can actually run pressure to compensate drippers. In aquaponics, we’re stuck mostly with straight fittings, fittings that don’t have membranes or obstructions. Because the solids will clog those things up. In aquaponics, it’s really nice because we can put in two gallons per hour drippers. And we can know exactly how much solution. We’re delivering to each tower on an hourly basis, daily basis, etcetera. 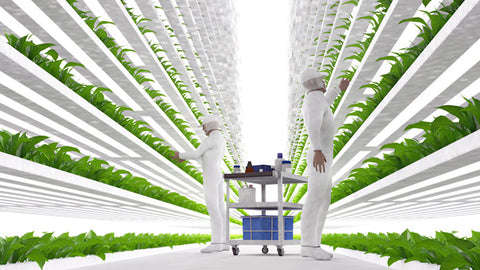 In that regard, it gets a lot easier because with off the shelf from Home Depot or Ace Hardware. You can plumb together a system that requires less maintenance, typically. And runs a little bit nicer than a traditional aquaponic system.