Mint is a really great harvest. It’s in high demand everywhere you go. Bars love it, consumers love it. Particularly during the summer, a lot of items are made out of mint. Because of this, a lot of growers really love growing this crop, and they can get a lot of money from the crop.

You Can Cut It Many Times After Growing ones

Some things to consider mint, if you’re starting from seed, you’re generally like 14, 16 times for germination, another 5 to 6 months, at least, before it’s possible to transplant that seedling. And after that you are looking at, at least 6 months, if not 7 or 8, sometimes, to get it to the point at which you can begin harvesting it, therefore it is a slow starter. The matter is, once it is growing, it is possible to cut it and cut it, and just keep cutting it until it basically gets so big it barely fits in the tower anymore. 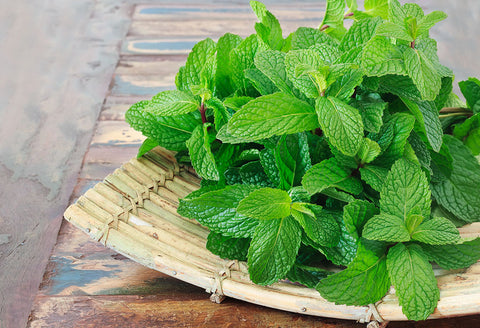 In that regard, it is one of these its sort of an investment harvest. A quicker means to do so or a means to speed up that, is to start with cuttings. Cuttings can be an excellent way to go with mint since it rolls out, it is very responsive to grinding, it roots out really fast. And also you can transplant it very fast, and get towers moving really fast. You can also split towers, once they get a little overgrown too so lots of choices there for propagation. As far as the harvest itself, it enjoys cooler temperatures, typically good full sun. We are typically talking a little bit longer length, 14 to 18 hours, somewhere in that range, and it enjoys slightly longer of a neutral pH. so that it does not like going super acidic, as some of the other herbs do.

Mint does pretty damn well in 6, 7, 5, therefore mid 6s, ideally. If you’re running it with a lot of other stuff, you just kind of shoot for the mid 6s, and they stay pretty satisfied. It’s a vigorous grower. It grows really fast once it builds up a root mass. So once it’s some root mass, it will only keep growing, and growing, and developing.

You can cut it back to the crown free of fear of really damaging the plant significantly, it just takes a bit more time to grow out again. In that regard, complete harvests are a total chance with this crop, and then you simply regrow in the crown. Mint seed is not particularly costly, and there’s a great deal of it. Mint seeds, when you buy them, are super, super tiny, and after the mint begins to blossom, it generates a lot of seed.

The seed is priced pretty well. If you’re starting from seed, you’ll get a good deal of plants from a rather small packet of seed. It’s not terrific germination. It is somewhat slow, and it may be somewhat hard to grow from seed, and that is 1 thing to bear in mind. That’s one reason why the majority of individuals, they may start all their first plants from view. 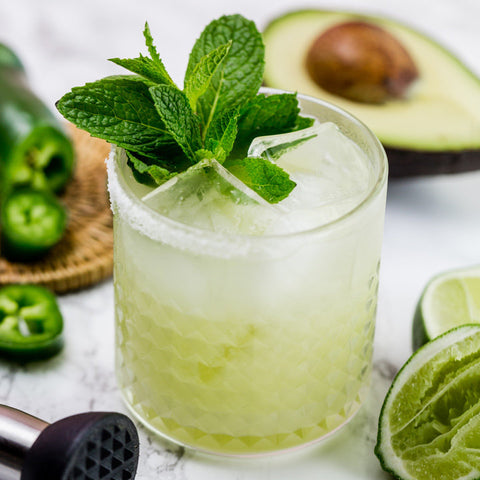 But, in the end, they always head to cloning their healthy plants, to get the materials for new towers, or fresh plants. This one’s showing just a little bit of a lack, but it might turn a really rich green and some of these bigger leaf varieties. They are fantastic for garnishes. They look beautiful in drinks, and there, great for cooking when you get much bigger leaves.

There’s a good deal less prep work to get the plant ready to use, for chefs and for bartenders, that type of thing. It is a pretty crop. It develops in very thick on the tower, so the towers are appealing. If you are thinking about live earnings, it’s a fantastic crop in that regard, and the taste is actually very good if you receive it. The thing to consider with mint is that a few states make it be a tiny bit more bitter, than have some of those really good aromatic chemicals that provide mint its own flavor.

So you would like to kind of watch your environmental requirements, make sure it’s not getting too hot and remaining too hot, or you will end up with a lot of bitterness. Make certain it’s not growing too fast. Be certain it’s getting challenged every now and then, to find those flavors going. But maybe not so much that it just turns into a bitter mess. It takes a bit of management in certain systems. In certain systems, it grows great from day one, no management in any way, things are just ideal for mint.

Mint isn’t particularly pest prone. You will see aphids appear from time to time. Thrips can be an issue, here and here. One of the nice things about mint is that it simply doesn’t suffer from a lot of the insect issues that other herbs do. There are a whole lot of varieties of mint. Not all of them are true mints. 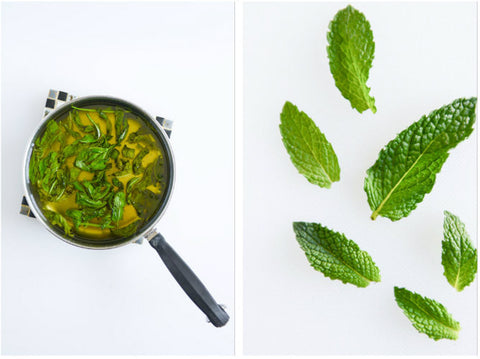 You have got your spearmints, along with your peppermints, and your garden mints, and your candy mints. Garden and sweet mints are generally kind of the same thing. Then you’ve got all these novelty things, like chocolate mint, also, I do not even know, there’s a good deal of those. Orange mint, and everyone these different kinds of mint. A good deal of those is really not true mints. A whole lot of people have mint-like flavors, combined with other tastes, but in the end, they’re not a true mint.

Main customers for mint will be restaurants, bars, and grocery shops. A whole lot of consumers really like mint. It is inclined to be sort of a seasonal thing with consumers, but in bars, you can sell mint year round. They are always making beverages with mint. It is super popular, and if you have good mint, you will have no lack of customers, when it comes to bars. Grocery stores also sell a lot of mints. If you have seen mint there, it does not work nicely with being trimmed, and being stuck in a clamshell.

So in the event that you walk into a store with a dwelling tower of mint, then you can provide them a really compelling product to be selling to their customers. Since the stuff from the clamshells, it is a shadow of what it was. It doesn’t have the flavor, doesn’t have the appearance. It seems like crap. Whenever somebody has the chance to cut their own live brand new, fresh mint, they are going to take that chance.