Everyone wants to grow strawberries. They’re a crowd favorite. There are two main types of strawberries you need to be concerned about.

Everbearing Varieties Is Better To Grow

As a grower, everbearing are usually the better strawberries to grow. Because they’re going to produce year-round once they hit maturity, once they get productive. These are all started from the rootstock. You’re not going to start them from seed. You’re going to order in rootstock from a supplier. You’re going to plant that rootstock into your towers. 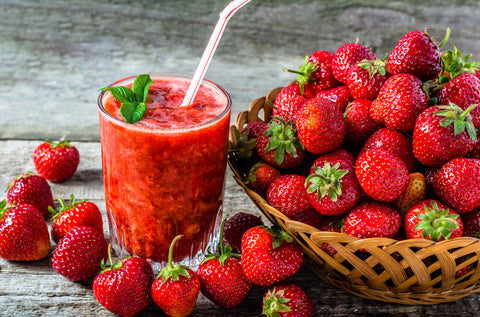 They grow great in towers. They do very well. You’re going to plant your rootstock in the towers. It’s going to form some leaves very quickly, and you’re going to want to pinch back your flowers for about the first 4 to 6 weeks. What that’s doing is it’s forcing the plant to put all of that energy and growth potential into growing leaves, the vegetative production.

You’re growing leaves your growing roots. You’re growing the biomass that’s going to support your fruit production down the road. After about 6 weeks, you’re going to let it start flowering. It’s going to start producing fruit and it should produce fruit for many months.

Basically, from the time you plant to the time you can start harvesting and selling or eating strawberries, you’re looking at least 2 months, maybe 3 months depending on far you want to push it. The yield is pretty good. The plants that I was doing, I was usually doing about 9 to 10 plants per tower, and I was getting around a tenth of a pound per tower per day. So in a 10-tower system, that’s about a pound of strawberries a day. That’s a lot of strawberries, once they’re really healthy and cracking along.

They Grow Better In Cool Environment

They do like a lot of light, but they don’t like to be too hot, so keep that in mind. It’s important to put them in a cooler part of your greenhouse. If you overheat them, you’re going to have spider mite issues, and they’re probably some spider mites on these. 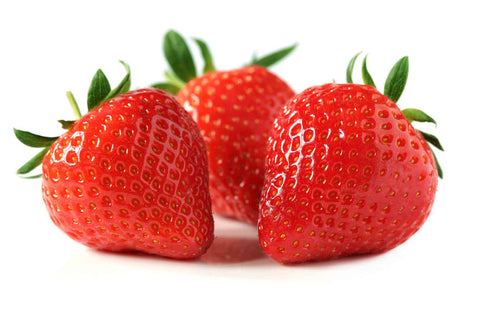 You’re also going to have lower yields because they just don’t like the heat. They can get pretty bushy. These one are pretty small. They’re not very large plants. The ones that I’ve grown in the past will actually cover the entire tower. They will get very large when they’re growing in the right conditions, so keep that mind. They can be a pretty heavy crop at the end of the day.

Pests on strawberries. You can have thrips are very common. The one that I’ve had the most with strawberries is spider mites, and these things drive me nuts, but there aren’t a whole lot of great ways to deal with them besides just using a miticide. That an insecticide that targets the mites directly.

So make sure you look around and pick one that’s right for your growing system. That’s about all you need to know about strawberries.