The goal is how we’ve kind of used some little math tricks to grow a lot more in a lot less space and reduce our labor costs by an awful lot. Four by eight feet, this is typical because this is kind of the standard size for a lot of different types of materials. Some people will actually double up on this and they’ll go eight by eight. So they’ve got eight by eight this is eight feet by eight feet.

The lateral space use, we can just stack these things in to end from. Really we want to figure out what the space use efficiency of this particular model is. So we have a four by eight square this is just kind of the standard block and then we have a four-foot aisleway. So for a total of eight by eight the reason that this is four feet wide this aisleway. This is the plant production area this is Iowa. And the reason is four feet wide is because we have to get a scissor lift in there because as soon as we go above about two growing planes. 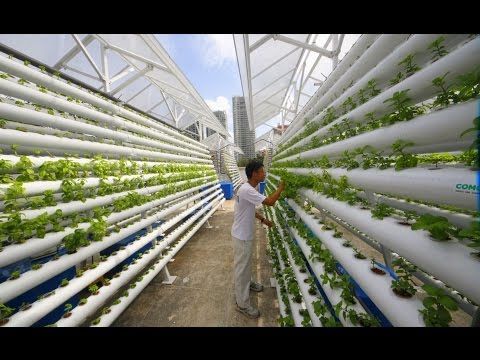 You’re saying own 8 that this is this ratio is 0.66 all right we’re a little bit better we’re at 2/3 of that total floor space is being used well. And You’re saying hey, we’re going to stack these things up on top of each other. 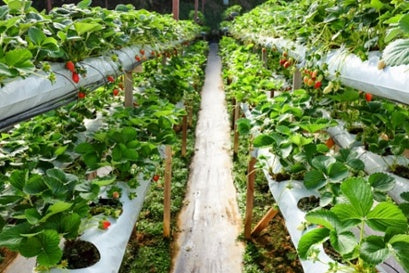 And calculate four tiers so four levels of these stacks beds and the reason I’m doing that is that above four you start to lose money. I haven’t seen an operation I’ve seen a lot a lot of operations and it’s very hard to find places where you’re not breaking even or losing money above tier four which means. That tier five – you’re 60 or 70 or eight however many other tiers you can stack in that warehouse space. You’re probably losing money on them so you probably shouldn’t have them in the first place. If you’re losing money on those tiers.

Tier four is the one that we are going to calculate, these tiers are usually about three feet tall. So three to four feet tall is kind of the average that gives you enough room to cultivate your plants to avoid disease. And problems to get good circulation to get good co2 penetration from your higher concentrations. You’re looking at 3 to 4 feet per tier that gives you usually about two feet to grow the plants 18 inches to 2 feet to grow the plants. So if we multiply this out bytes, what we’re looking is by 4 tiers times 4 that is 2.0.

We’re able to double the amount of production. We can do in a warehouse and that’s kind of true until you think about the fact that you start losing money above that first year well actually not losing money. It is the opportunity cost. So the first year is really cheap harvest really cheap to maintain.

You’re just standing there you’re dealing with this stuff like this second tier. You’re standing on something most likely to get access to deal with stuff. So your labor cost goes up by about 25% so the tier after that it goes even higher. And when you have to start getting in a scissor lift it goes up significantly. You’re talking about 60% more labor involved with dealing with racks and trays harvesting planting monitoring caring for the plants spraying. Those plants dealing with those plants period as soon as you step a foot in a scissor lift.

That is the opportunity costs of additional tiers are pretty high when you kind of count them out over the course of the year. So that’s what we get this is when we’re dealing with four. This is four stacks like that right that’s what we’re looking like in our warehouse. So how going vertical actually changes this so shifting this to a vertical plane. Because pant production and we’re growing plants. On this side, we’re growing plants on this side.

The other model is vertical plane production. We can only produce plants on one side right. This space is taken up by lights and it’s hard to get air. 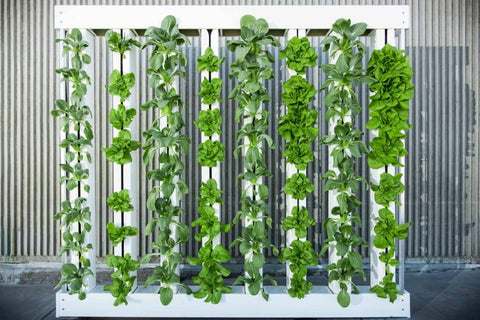 And why vertical plane production is more productive per square foot than any other kind of production so we’ve got our ratios two point two points zero two one for our four by tracks and two points six two one for our eight by tracks. The ratios that we’re working that we’re comparing against. That both of these require the use of scissor lifts they require the use of people going up and down. And these pieces of equipment they require buying the equipment kind of a pain. so let’s think about this we’re going to take an 8 by 8 rack so vertical plane instead of looking at this from overhead.

We’re looking at this from this side. So this is a vertical 8×8 rack it would look something like this if it were with our equipment. We have 64 square feet of growing area. But we have it on this side and we also have it on this side for a total of 128 square feet of growing area. The way we do it is we hang lights. So they’re shining on this rack shining on that rack and we’re able to repeat. We operate on six-foot centers. We can go down to like three feet if necessary with certain crops. But we typically like to operate on these nice wide corridors that allow us really easy access. When you see these you realize we could easily take a foot off of it 18 inches off of it two feet even off of that. And make it even more productive.

If we go together say we go down to five feet all of a sudden we’re talking about 200 128 square feet over 40. And that’s a little over three what’s the exact number 3.2. If we tighten it up by one foot which we can easily do all of a sudden. We’re in the threes that’s an insane ratio if we tighten it up further if we make our aisle whit’s two feet. So we’ve got a two-foot wide rack two feet in the middle all of a sudden we’re up to 4.0 so then we’re at let’s see eight times four that’s 128 128 over 32 4.0. 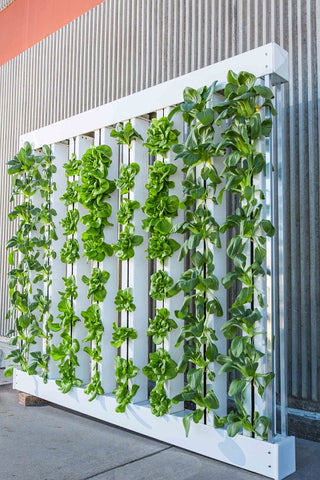 Build facility after facility after facility based on a faulty mathematical premise. And so if you actually do the math if you actually analyze the space use. You will find that vertical plane production is the only way to grow indoors. It is the only way that you can reduce costs and grow more in less space. I have seen farmer after farmer invest in these tiered systems they spend a lot of money they spend a lot of money to build a warehouse.

So to wrap everything up when you’re doing floor space calculations you need to take your product space. That’s the total amount of productive area in your growing environment and you need to compare that to your floor space or the number of square feet of warehouse space you have. It’s really important to calculate in aisle space because aisle space is nonproductive space but it still costs you money. And you have to calculate in your total productive space per square foot of warehouse space regardless of whether it’s a grow bed or an aisle way for access.