What Will Be The Future Of Agriculture? – Urban Farming

Despite the fact that scientists many times warned that the overpopulation of the planet threatens humanity with various “heavenly punishments”, this did not stop the growth of the population. There are more and more people, which means that they consume much more significant amounts of food than before. Unequal distribution of resources leads to the fact that millions of people around the world are starving.

This applies to many countries and regions, both large settlements and suburbs. However, food is produced much more than before, now there is a maximum. New technologies can solve the problem of food shortages, and not only pure technological tools are needed, but also new approaches to agriculture.

One of these approaches is the cultivation of food in the city. In the locality, this work can be practically no different from those cottages and gardens that many people have. But it may be different if you choose vertical multi-level trusses as the basis. Such “lands” can be configured as you like, but in most cases, we are talking about “beds” suspended in the air, where crops are grown on special substrates or without them. On such farms, as a rule, there is ultraviolet radiation, which emulates the rays of the sun. And instead of unpredictable weather conditions, which sometimes lead to catastrophic situations in the fields, virtual farms within the city limits are completely controlled – the “climate” here is controlled by a computer, and everything is aimed at obtaining the maximum yield. 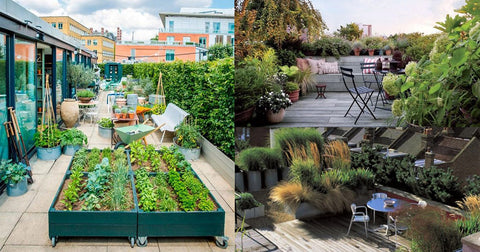 In principle, if there are appropriate technologies, then farms of this kind can be created almost everywhere. In fact, we are talking about a “new trend” – urban farms that are in close proximity to those for whom food is grown. True, there are a number of conditions. All vertical farms need a certain space and access to electricity. Nothing more is needed. Farmers themselves can buy everything they need for food production.

Start can be very easy – all that is required to the “urban farmer” is in any store of building materials and agricultural shops. Under these conditions, the number of farms is constantly growing – for example, there are hundreds or even thousands of large and small farms in the USA.

They need volume, not square because here everything is expressed in cubic, not square meters. As a result, much more products can be grown on a vertical farm than non-ordinary ones if we talk about the same usable area.

You can grow not only fruits and vegetables on vertical farms. Urban Organics, for example, produces plants and fish (salmon) on its farms. All thanks to a technology called aquaponics. These are closed systems, where plants contribute to the growth of fish, and those provide the plants with useful elements.

The same company, which was discussed above, in 2014 began to brew its own beer, creating miniature breweries. In the same 2014, Urban Organics has named the Guardian newspaper one of the most innovative among all the agricultural organizations in the world.

It should be noted that vertical farms are also “friendly” to the environment. Aquaponic systems produce very little non-recyclable waste that cannot be used further. Well, the placement of farms close to consumers allows you to avoid the formation of large transport schemes for the delivery of products.

Well, are there any difficulties?

Yes of course. If you create a large multi-level farm, you will have to find a fairly spacious, possibly a multi-story building where you can grow a large amount of food. 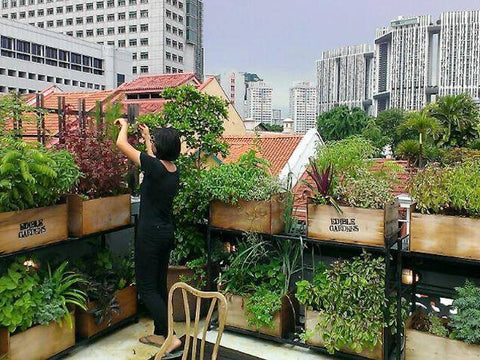 This problem is gradually leveled as there are companies that provide assistance to farmers who want to create their own vertical fields. One such farm is called Agritecture Consulting. At the moment, she has already helped a dozen major projects and continues to provide assistance.

Such companies are likely to appear more and more over time. They are really great to make life easier for “urban farmers”.

How much a city farm can produce products can be shown on the example of the same Urban Organics. So, last year the company opened a new farm, much larger than the rest. Its capacity is about 124 tons of fresh fish and 215 tons of plants per year. 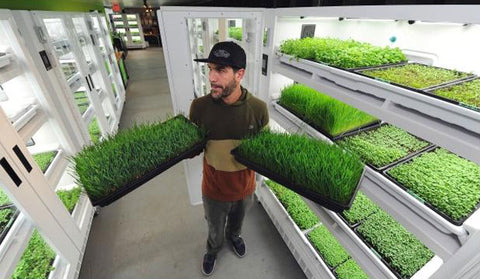 This vertical farm was located in the former brewing complex. “We not only produce products but also give jobs, create jobs,” said the head of the company.

According to him, if there are a lot of urban farms, it will help to create communities of urban residents in the future, whole districts that provide themselves, that is, they can be called autonomous.

It is possible and necessary to involve new members in the business of creating new agricultural communities – he is also sure of this. And this also contributes to the Internet. For example, on a site called Plus. Farm, everyone can find “accomplices,” companions who also want to create a vertical farm and work on it. People creating such farms on the basis of ready-made technologies often improve them – they develop the best lighting systems, sensors, and plant growing schemes. At the same time, not all consider such things to be their own intellectual property, for which you have to pay – information about successes with technical data is disseminated in various forums and social networks.

Farms of the future

If people continue to develop this area, then after a while it will be possible to talk about the global community. Gradually, this area is becoming more and more developed, it includes new players.

In the village, a large farm of this kind can be a tool for obtaining food, as well as an incentive for the city’s economy – because new jobs are created, and there may be a lot of them. 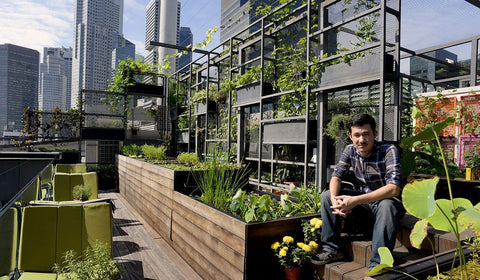 Creating such enterprises, it is worth paying attention to the region itself. For example, while there are so many fields that cope with their task of providing people with food, vertical farms may not be an urgent need. But in poor countries, regions where agriculture is underdeveloped and there is a shortage of food – their such companies can be very, very necessary.

Tags:
aquaponic, hydroponic, indoor farming, indoor garden, organic farming, urban farming
Newer How To Grow Vegetables At Home?
Back to list
Older What About The Quality Of Organic Food?

END_OF_DOCUMENT_TOKEN_TO_BE_REPLACED

Cordyline: to plant in your garden Pretty persistent shrub plant, the cordyline reveals a pace of pa...